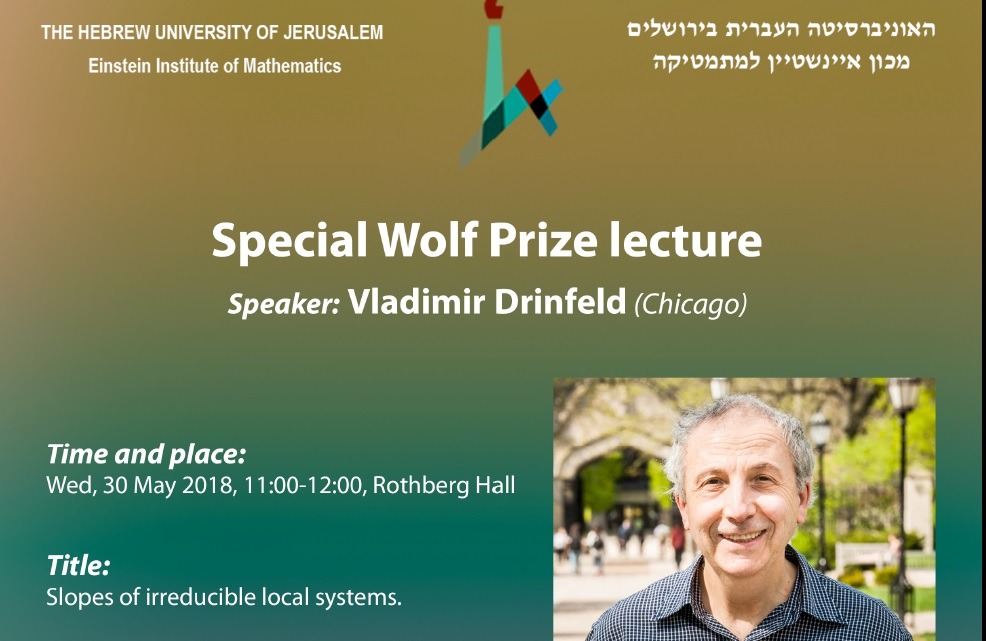 Let X be a variety over F_p . Fix a prime l different from p, an algebraic closure \overline{Q_l} of Q_l, and a p-adic valuation v of the subfield of algebraic numbers in \oversline{Q_l} normalized so that v(p)=1. Let M be a \overline{Q_l}-sheaf on X such that for every closed point x in X the eigenvalues of the geometric Frobenius acting on M_x are algebraic numbers. Applying the valuation v to these numbers and dividing
by the degree of x over F_p, we get a collection of rational numbers, which are called slopes of M at x.

In a joint work with K.Kedlaya we proved that if X is a smooth curve and M is an irreducible local system then for almost all x the gaps between two consecutive slopes of M at x are not greater than 1. (If M has rank 2 then one can even replace “almost all” by “all”, but in the rank 3 case this is false.) This result is equivalent to certain estimates for the p-adic valuations of almost all Hecke eigenvalues of cuspidal automorphic representations (in the case of function fields).

I will say only a few words about the proof (which is based on the theory of F-isocrystals).