Skip to main content
HOME / ABOUT US / ABOUT / Our History 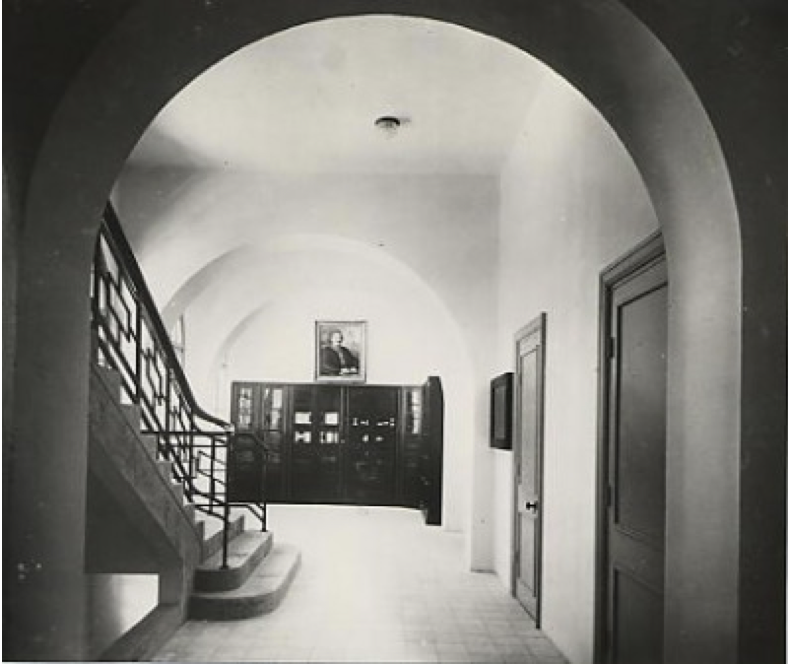 The Einstein Institute has almost 100 years of history. The institute was founded in 1925, after a suggestion to create a joint mathematics-physics department was rejected in favor of an institute focused on pure mathematics. The institute's inaugural lecture was given by Edmund Landau (on problems from number theory), the first lecture in higher mathematics to be delivered in modern Hebrew. The Institute moved several times since, preserving its name and identity.

The Israel Journal of Mathematics was founded at the institute in 1963 as a continuation of the Bulletin of the Research Council of Israel and contiues to serve as a leading mathematical journal. A division for computer science was formed within the institute in 1969, which became the independent Institute for Computer Science in 1992.

The establishment of the Mathematics Institute was decided upon by the Board of Governors at its meeting at Münich in September 1925.

The task of founding the Institute was assigned to Prof. Edmund Landau, who until that time was a professor in the University of Göttingen, Germany.

Shaul Katz: Berlin roots - Zionist incarnation: The ethos of pure mathematics and the beginnings of the Einstein Institute of Mathematics at the Hebrew University of Jerusalem. Science in Context 17(1/2), 199-234 (2004).

After the war of independence, the institute moved to the north annex of the King David Hotel.

Mr. Benjamin Chaikin, a Jerusalem-based architect, planned the building to house the institute, with Sir Frank Charles Mears. Mears also designed the decorative stone pattern for the main entrance and windows. The pattern above the inscription represents the Pythagorean theorem. The building was completed in October 1928. The interiour contained two lecture halls, a library and a lecturer's office. The Institute's inauguration ceremony was held on Oct. 31st, 1928. The building housed the Einstein Institute of Mathematics, until the war of independence (1948).

Since 1958/9, the Einstein Institute of Mathematics is located in the Manchester House, in the Edmond J. Safra Campus.

This building was erected through the generosity of the Manchester Jewish community. The building and its library were built in 1957 and its architects were Heinz Rau and David Reznik (They also designed the Israel Goldstein Synagogue in the Edmond J. Safra Campus). Heinz Rau also designed the synagogue and original classroom and administrative buildings of the Jerusalem Campus of the Hebrew Union College - Jewish Institute of Religion in 1963. David Reznik taught at the Bezalel Academy of Art and Design in Jerusalem and was actively involved in the shaping of Jerusalem's skyline as we know it today. He was one of the designers of the Hebrew University's Mount Scopus campus and was the recipient of the 1995 Israel Prize of Architecture and the Teddy Kollek Life Achievement Award for 2004.